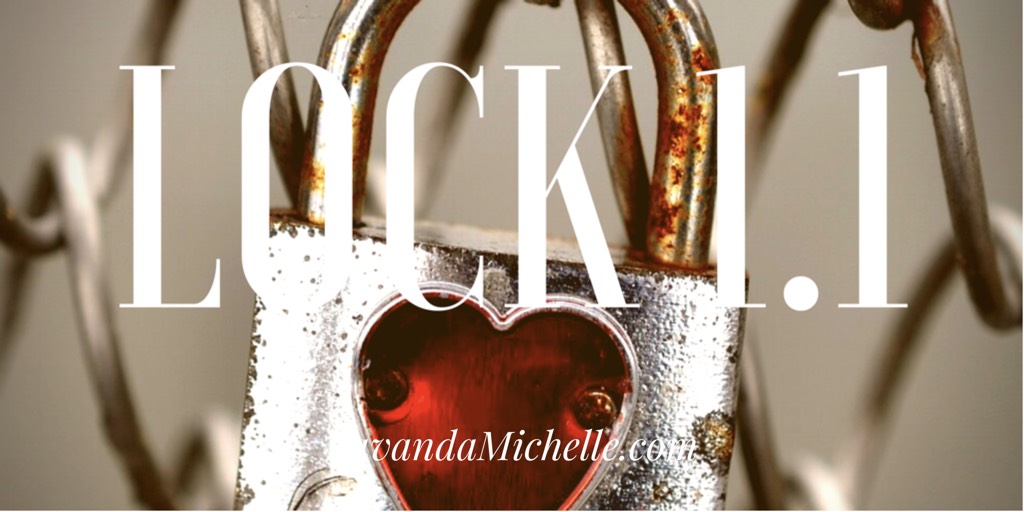 Overwhelmed with emotions, I could not move. I turned my back against the door and slid to the floor as tears fell from my eyes. Through the tears, I could see Pawl ease around the corner and perch himself on my lap. The sound of his purrs lets me know he was comforting me the best way he knows how.  As I rubbed his orange and black fur, I smiled and thought to myself, “My Garfield loves me.”  I sat there and began to tell him the story of our destined relationship.

I remember the day we found you. We were about to enjoy lunch at the neighborhood bistro for a much anticipated first date. You wanted us to know your presence from the minute we were seated on the outside patio. The waiter said, “Shew, Garfield!” We smiled because the resemblance was spot on. You were certainly a well-fed kitty-cat.

When William asked me what I wanted, you answered him with a purr. As I uttered, “The Caesar salad,” William looked at you and asked, “Is that what you would like, too?” As he reached to rub your fur, you purred again and he said to the waiter, “We would like two Caesar salads and a side of fresh tuna to start.”

He also asked the waiter for a to-go container to place the tuna in so he could give it to you here as he pointed to the ground next to his feet. The waiter laughed and said, “If you feed him; he will follow you home.” William smiled and said, “I could use a roommate.”

My heart melted at the entire encounter. At this point, you had crawled through the fence and was seated next to William’s foot. William picked you up and placed you on his lap and said, as he looked at me, “Pawl, meet Josephine, but she prefers to be called Lock, an tribute to her father.” I smiled because I was happy he remembered this story from our first encounter.

I introduced my myself to William as Josephine Lock, however I added, everyone calls me Lock. He was curious to know why.  Then I explained to him, I was an army brat and everyone called my father by our last name. They called me Little Lock and it stuck until eventually, it ended as just Lock.

Anyway, I digress. Back to the bistro. You looked at me and purred. I looked at William and asked with sarcasm, “Does this little show you and Pawl put on actually work?” He laughed and asked what I meant. “Do you bring ladies here and plant Pawl in the nearby bushes so the women just melt?” William said, “It depends. Are you melting?” I smiled and said, “I’m ordering dessert because if you are going to pull at my heartstrings with this adorable kitten, I have to know how far it has gotten you.”

We discussed this topic the entire lunch as you ate tuna and took a nap next to my foot. It was such a purrfect summer day. The wind was blowing slightly and the sun was shining so brightly. The different colored tulips that surrounded the bistro’s patio let off a sweet, powdery fragrance. William paid the tab and left a tip.

He called you and you followed us down the block to the nearest vet and I thought, “How long are these guys going to try and play me?” William introduced me to the apparent third fellow he partnered with on this rouse. His name was Mario. Mario picked you up and said to William, “You brought me another one.” I looked at William in complete shock and thought, “Another one?”  I watched Mario as he checked you out – the chubby cat. Mario took a picture of you and uploaded it to his computer.

William lightly held my pinky finger and walked me over to the computer. He pulled out the seat at the desk and said, “When I find a stray I bring it here and Mario checks to see if someone is missing a furry friend.” I was full of mixed emotions as I thought with sarcasm, “What is wrong with him? He can’t be true. He has to be some kind of serial killer and this is a sure way for me to let down my guard.”

William pulled up a chair next to mine as we searched through all of the animals on the screen. After a good cleaning and a couple of shots, you crawled on my lap as I pretended to look at the computer while I eavesdropped on the men. I was curious because they started to speak in Spanish and I wanted to know what this guy was trying to hide from me. William asked Mario if he could take this one home because it fancies me and he will return you if someone claims you.

After more talk about William, Mama, and this Sunday’s dinner, William walked up to me and said, “Pawl, I’m jealous. You get to sit on her lap and she wouldn’t even hold my hand. She only let me hold a finger. You have to teach me the key to her heart.” I smiled as you stood up on my lap for William to pick you up.

As we were about to leave, William grabbed some cat food and other products, placed them all in a big box, and we walked across the street to his apartment building. He said, “I would invite you up, but you are giving me a look as if you think I am a serial killer.” I laughed and thought to myself, “You are darn right!” The doorman smiled and said, “He is harmless.”  All I could think was ‘and here’s number four.’

William sat the box on the floor next to the receptionist and took one of the white roses from the vase on the counter and gave it to me. He said he would be back before I searched the meaning of the white rose. I smiled as he walked to the elevator and once the doors closed I started to search the meaning.

As I started to read through the meaning of a white rose William was next to me again and he placed his hand over my phone and said, “I think it means you are beautiful and I pray you forgive me for allowing Pawl to infringe upon our date.”

I smiled as he took my hand and led me out of the building to the park around the corner.  He told me stories of all the animals he has rescued. We talked until nightfall. Although, once again I had learned so much about him. I couldn’t believe how much time had gone by. He walked me a few blocks down to my apartment building where we said our goodbyes. As he stood in front of me holding both my hands, he said, “The next time I promise you will have my undivided attention.” Then he raises my hands to his lips and kissed them and said, “Good night Lock and sweet dreams.”

He took a step back as the doorman opened the door and I walked into the building. In full blush, I turned around to him and said, “Have a safe walk home.” He smiled and blew me a kiss. Once I had made it to the elevator I knew he wanted a kiss, but it was our first date and this guy had really confused me so I was not ready.

A week later, he brought you over for me to babysit while he went out of town for a two-day business trip and boy did we have fun. I remember telling him that we were spelling your name with a “W.” After those two days, you had completely stolen my heart and we began sharing custody.

That was 11 months ago and now I’m sitting here crying. I picked myself up from the floor and walked into the kitchen as Pawl followed. I refilled his bowl with water and a little food. I looked at the clock and it was nearly midnight. After a quick shower, I grabbed my tablet, crawled into my queen-sized bed, and went to my favorite blogger’s website, LavandaMichelle.com. I was hoping to find anything that would take my mind off of my current situation.

Tears fell from my eyes while reading a “Very Emotional Valentines.” It was a beautiful story with a twist and a tell of true love. It totally drew me into her emotions and for a moment my troubles were out of mind. I thanked her in the comments for such a great read. I placed the tablet on the nightstand and turn off the lamp. Suddenly, there was a knock on my door……

Thank you so much for reading my short story. This is a series that will explore the life of Josephine Lock. Who do you think is at the door? Who do you want to be at the door? Could it be William, her father, her sister, her best friend, or the police? It is up to you to decide what happens to post your vote in a comment below. Voting is also taking place on Facebook, Instagram, Pinterest, and Email. and also on Twitter. The series will pick up next Sunday with the most voted storyline. Thank you all in advance for your participation. If you are reading this series after the voting, please enjoy the next installments of the Lock Series. How did you like the story? Any suggestion?  Please share in the comments below. I really would love to know.