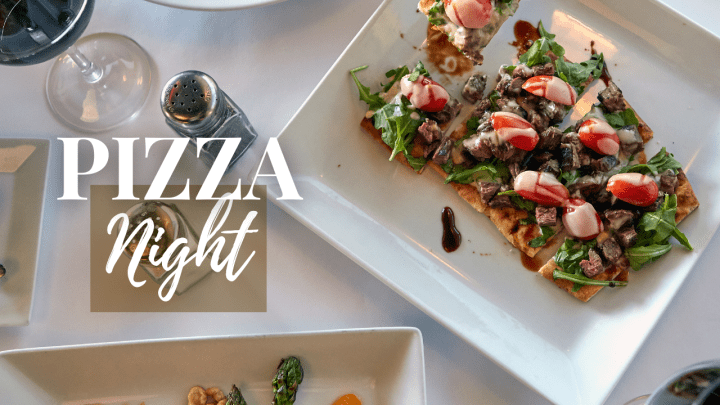 Our Pizza Night tradition that started a long time ago. I remember pulling up to my mom’s house to get the girls. It was after a long day of wedding planning and my client was a true bridezilla but also a dear friend. I sat in the jeep for a moment just to decompress, fix my face, and say a little prayer. I looked at mom’s my house from the jeep and I could see my big girl Zyan smiling at me and waving. We had recently celebrated her fifth birthday and I could see her pink “birthday-girl ribbon” pinned to her yellow summer short suit. That look on her face erased the stress from the day.

I admittedly jumped from the jeep and ran to the door and was greeted with the biggest hug and smile. She said “Mommy, I love your shoes! Can you buy me shoes like that?” At that moment, I realized I didn’t change from my heels to my flats, but I was that exhausted. I picked her up and smiled asking if she wanted to wear mine. Just then, my Zoey walked into the foyer, and her face lit up when she saw me as she ran to me with her arms in the air screaming, “Pick me up, mommy!” Just seeing my little chubby two-year-old brought me to my knees as I sat Zyan down and allowed Zoey to run to my arms. I kicked my shoes off and sat on the floor with my two girls. I watched Zyan model my shoes while Zoey explained her day to me. 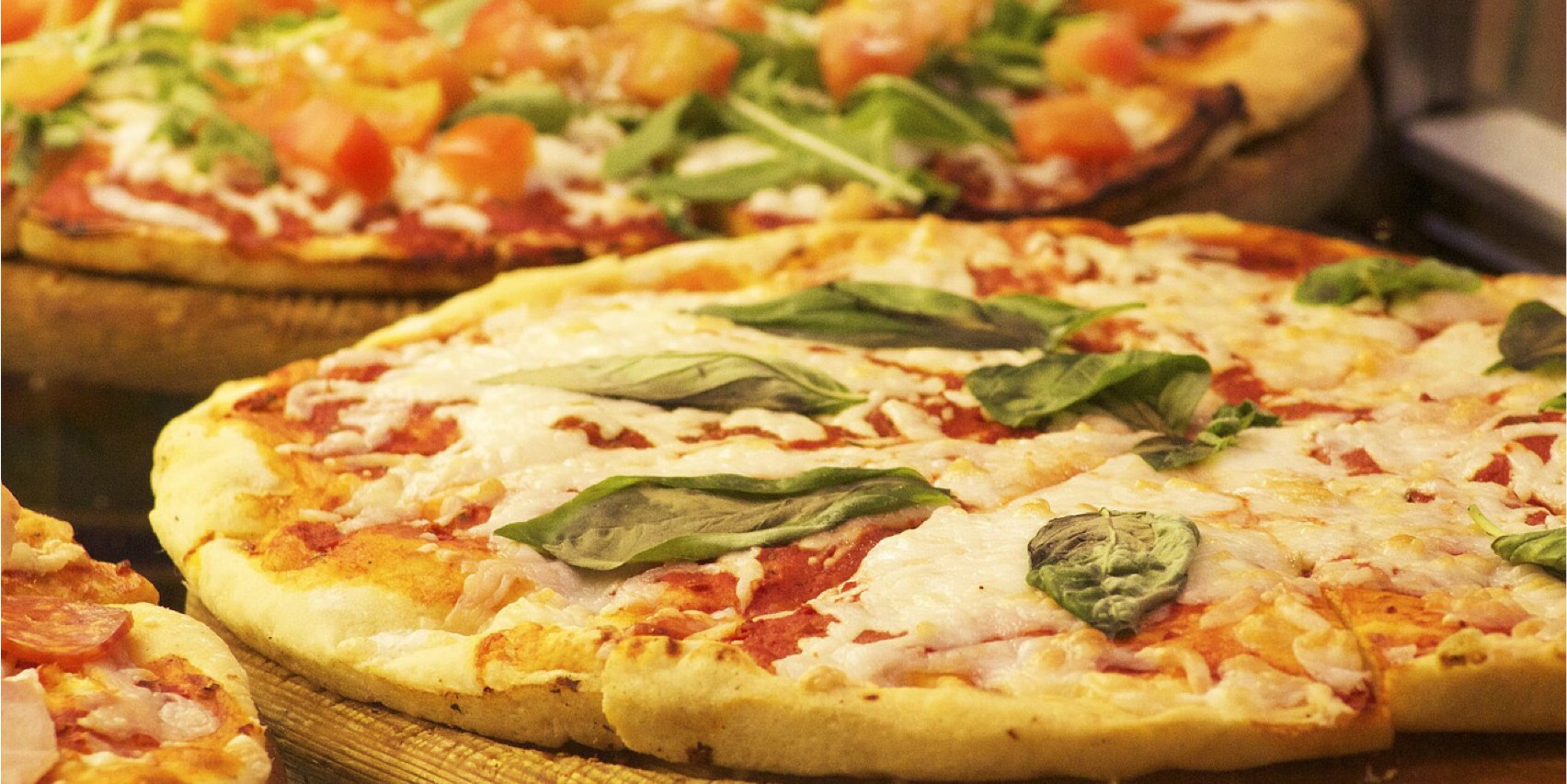 My mom returned to the foyer and explained that Zaya was still sleeping. She asked if I wanted to stay the night. This was music to my ears because Tim was away and I didn’t have the energy to cook. Before I could say yes, Zyan screamed, “Yes Granny! We do! We do!” Then Zyan said, “But it’s Friday – pizza night! Can we still have pizza Mommy?” I looked at my mom and asked if she’d like pizza also. My mom said sure. I was on the phone trying to order when Zyan requested toppings that were not available. My mom said just order cheese and we’ll put on our own toppings. Zyan was super excited by that idea. However, this particular pizza restaurant didn’t deliver raw pizza. I thanked him for his time and canceled my order.

My mom said that my brother Mario should still be at the supermarket and told me to see if I could catch him. When I called him, he was just walking towards his car. He agreed to go back in and get two large cheese pizzas, some pineapples and chicken breast. He added that he would pick up a child-friendly movie. I could tell from his voice he was excited to be spending time with he nieces and feelings were mutual. My girls love their uncle, “Rio” who calls them by nicknames he gave them. He loves them just as much.

While we waited for Mario to bring the pizza we prepared the toppings. My mom was cooking the ground turkey while I was chopping tomatoes, green peppers, mushrooms, black olives, and onions. Zyan was placing all the chopped vegetables in a clear glass bowl as they became available. I think her favorite part was when I asked her to toss them lightly with her hands. Zoey sat at the counter. She placed the baby spinach on one leaf at a time from a clear plastic measuring cup adding them patiently until they reached the second line. I remember her smiling and clapping her hands and yelling, “I made it!” once she reached that point. I chopped those up and placed them in the bowl for Zyan to toss. 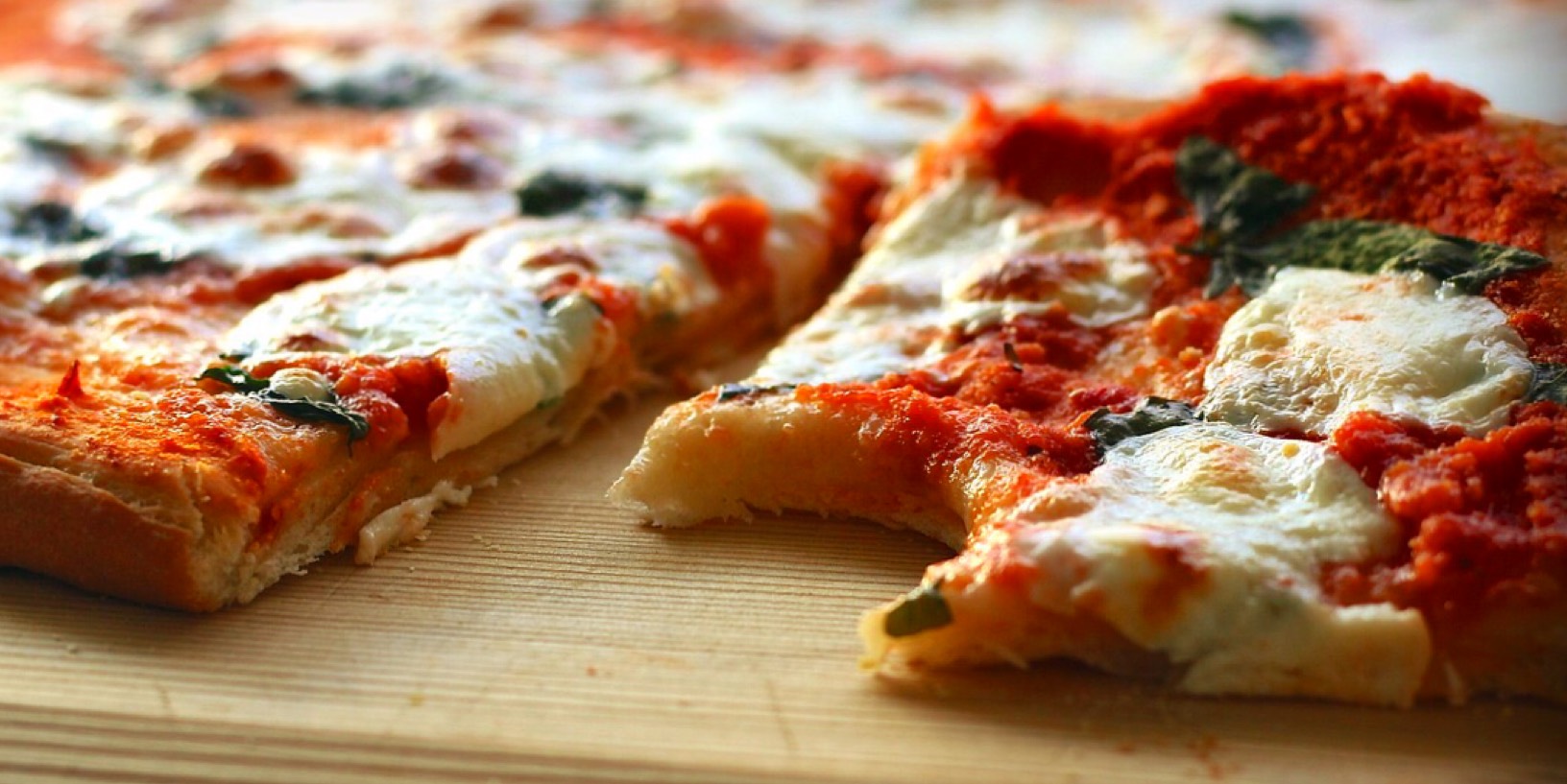 When Mario returned with the chicken breast and cheese pizza, my mom and the girls were placing the vegetables and meat on the pizza and of course, adding the extra cheese. I completely diced and sauteed the chicken. We started to assemble the chicken and pineapple pizza with the vegetables and to top it off, Zyan added bar-b-que sauce. We cleaned up the kitchen while the pizzas cooked. By this time my 13-month-old baby girl was ready to join the party. Once she saw me from the living room play pin she was in, she stood up and yell “Mommeeeeeee!’ I love the way she said, Mommy. I grabbed her from her play pin and we set on the living room floor in front of the couch while she used me and the coach for support to walk.

My other brother Joseph, put on the latest version of Veggies Tales while we enjoyed the pizza as a family and boy were those some good pizzas. We discussed the ingredients and what we would like to try next time. Once we shared our newly discovered tradition with Tim and it’s been a favorite on pizza nights, and have we experimented with toppings. We have had more hits then misses but it’s always fun making pizza as a family. The few times our combinations didn’t turn out the best, we ate popcorn until the delivery driver came.

Do you have any movie or pizza night traditions? Have you tried creating your own pizza combination?  Please share in the comments below. I really would love to know.