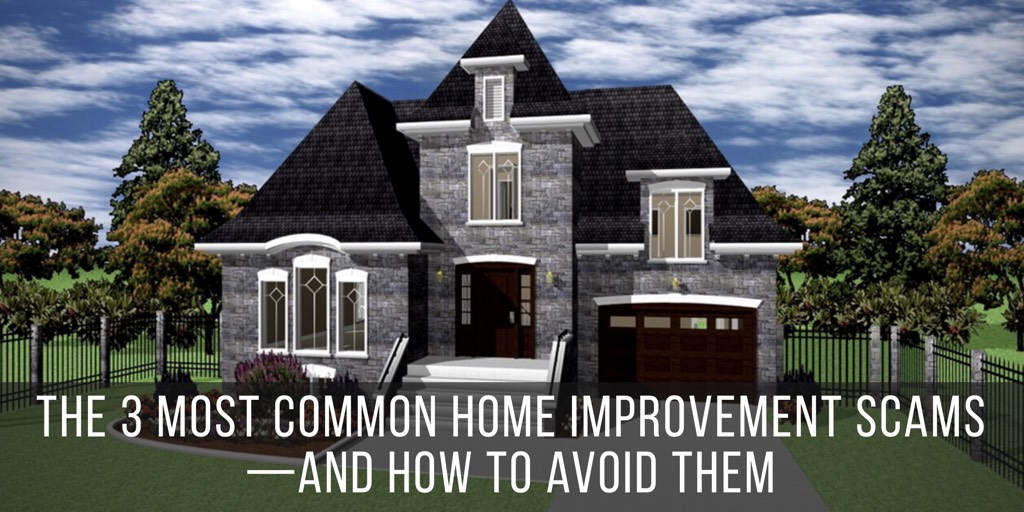 If you’re reading this, chances are you or someone you know has been scammed at some point. The Better Business Bureau has already recorded 12,894 scams and counting so far this year—the crazy part is, that’s almost 10,000 less than at the same time in 2017.

You might think you know what to watch out for but buying a home opens up a whole new avenue of potential fraud most have never considered. Home improvement scams prey on optimistic homeowners, grateful for the chance to renovate or restore their home on the cheap. What seems like a great deal quickly turns into a disaster.

Here are three of the most common home improvement scams—and how to recognize them before it’s too late.

After a flood, tornado or hurricane, it’s common to see contractors going door-to-door offering their services. For distraught homeowners, this kind of offer can look like a blessing—especially when other companies are busy with a long waitlist for service.

Unfortunately, shady opportunists pop up after natural disasters like mold in flooded basements. These scammers prey on people when they’re at their most vulnerable and desperate. Usually, their work is second-rate and by the time you discover the problem, it’s too late. They’ve already left with your insurance money, and you have to pay another crew to fix their mistakes. 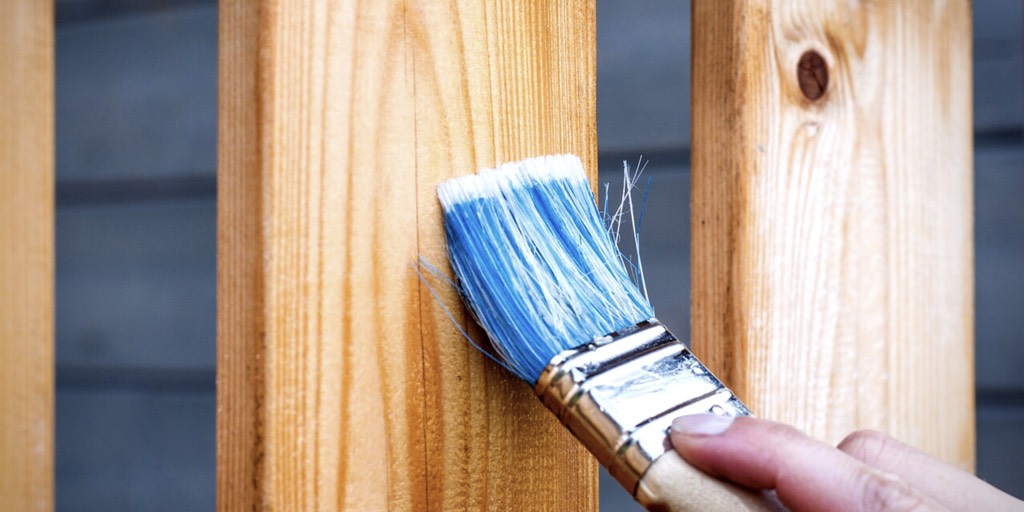 One popular scam is the contractor who knocks on your door to say they just completed a job for your neighbor, have some leftover supplies and can offer you a great deal on a new project.

It’s perfect timing. You’ve been wanting a new deck for a while, but there hasn’t been enough room in your budget. Now you can get the perfect backyard deck for half the price.

Reputable home improvement companies don’t just wander around neighborhoods trying to find customers to pawn off their extra materials on. The contractor who tries this trick is hoping you’ll fall for the good deal without checking their credentials. Chances are, they’ll either take your money and run or simply do a bad job. 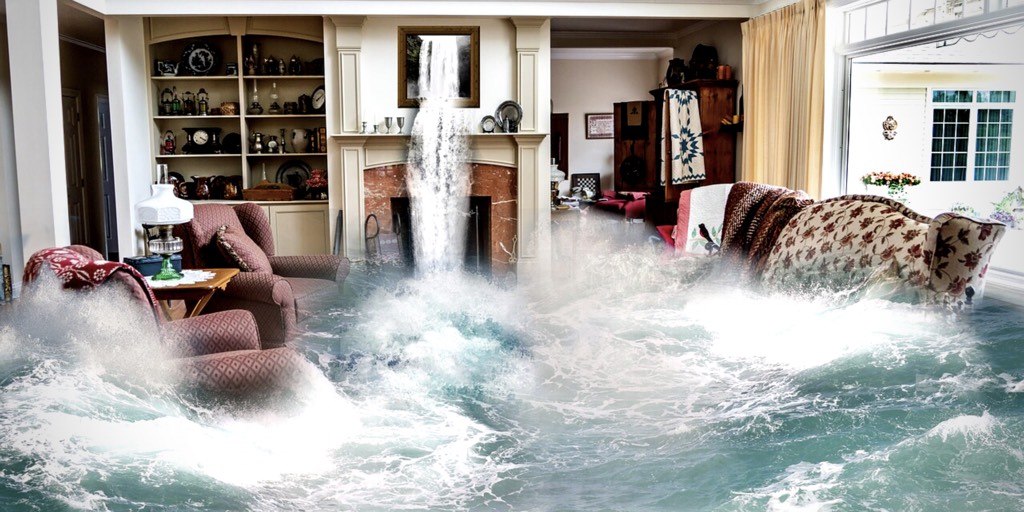 This is another example of a door-to-door sales scam. A man knocks on your door and says he’s offering free mold testing. You let him in, and he finds several areas of your home where mold is growing unbeknownst to you. Thankfully, he says he can remove the mold right then and there.

No one wants to live in a house filled with mold, especially people with children or pets. Unfortunately, this contractor is likely not a mold removal specialist. He’s someone who makes a living convincing people there’s a problem and then immediately promising to fix it. Often, the house in question doesn’t have any mold – and if it does, he doesn’t have the right tools to take care of it on the spot. He may be scouting your house to rob it or trying to get you to commit to paying immediately to scam you out of money. 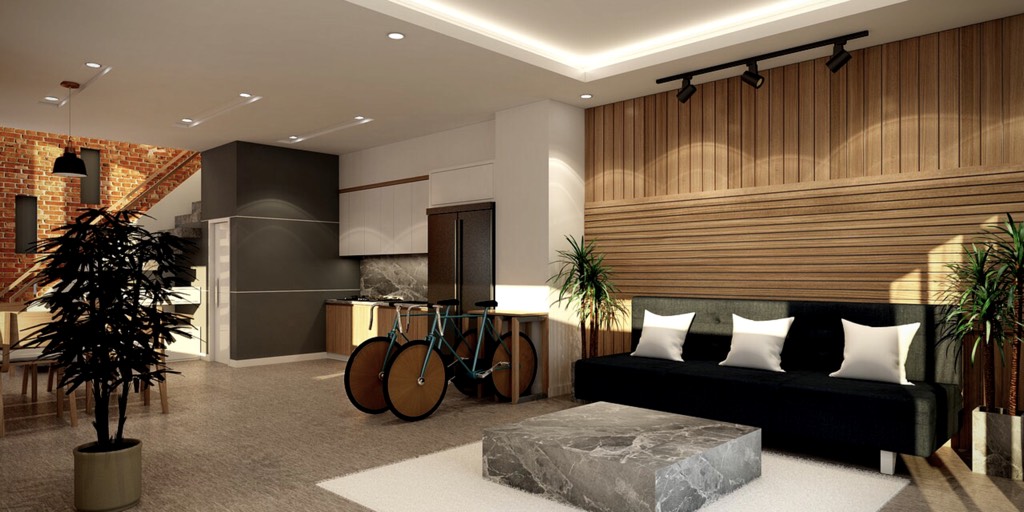 How to Avoid Home Improvement Scams

Most home improvement scams are committed by contractors and companies you don’t know personally. Before signing a contract or putting down a deposit, verify the firm’s credentials by checking their state license and bonding status, asking for proof of insurance, and visiting the Better Business Bureau website. You can also ask friends, family and neighbors for referrals or use sites like Nextdoor, Yelp, or Angie’s List to get reviews.

Only consider contractors who have a performance surety bond, which will protect the homeowner if the contractor fails to complete the job. If this happens, the homeowner can file a claim on the bond and recoup their losses.

Other common warning signs include contractors who want to be paid in cash, refuse to sign a contract, want to forego building permits or expect 100% payment up front. Be wary of people whose bids are far lower than other companies, as it might be a sign they don’t actually intend to complete the work. If it sounds too good to be true, it usually is.

Scammers may try calling as well as going door-to-door so be cautious when you get a phone call with a really low offer to fix, repair, or renovate something in your home.

It’s also a good idea to get any estimates or project scopes in writing that clearly state the work that will be done, deposit and payment amount, as well as the timeframe for the project.

What to Do If You’re a Victim

If you believe you’ve been scammed by your contractor, address it with them first before you go the legal route. They may be willing to refund your money in order to avoid a long, drawn-out legal process. Always communicate with them in writing and not by phone, which won’t hold up in court. If you send them a letter, use certified mail so you can prove they received it.

If they fail to respond, your next best recourse is to file a suit in small claims court, as long as the amount you’re owed falls within those guidelines. Each state has different guidelines on what you can do and what amounts you can collect in small claims court, so check with your state’s Attorney General site. Bring documentation of what they promised to do and photos of what they actually did. You can also file an official complaint with the city or state consumer protection office and with your local home builders association.

Many news stations have a reporter who specializes in consumer issues, and they love stories of innocent people being ripped off by shady contractors. Leaving Google, Yelp and Facebook reviews on the contractor’s page won’t get you your money back, but it could get the company’s attention in order to not have bad comments showing and might dissuade other consumers from falling for the same trick.

Have you been a victim of a home improvement scam? Please share in the comments below. I really would love to know.

Learn more here about other common scams and how to avoid them.

This article originally appeared on the Experian Blog.

Zina Kumok has a bachelor’s degree in journalism from Indiana University and has worked for newspapers, magazines and wire services. 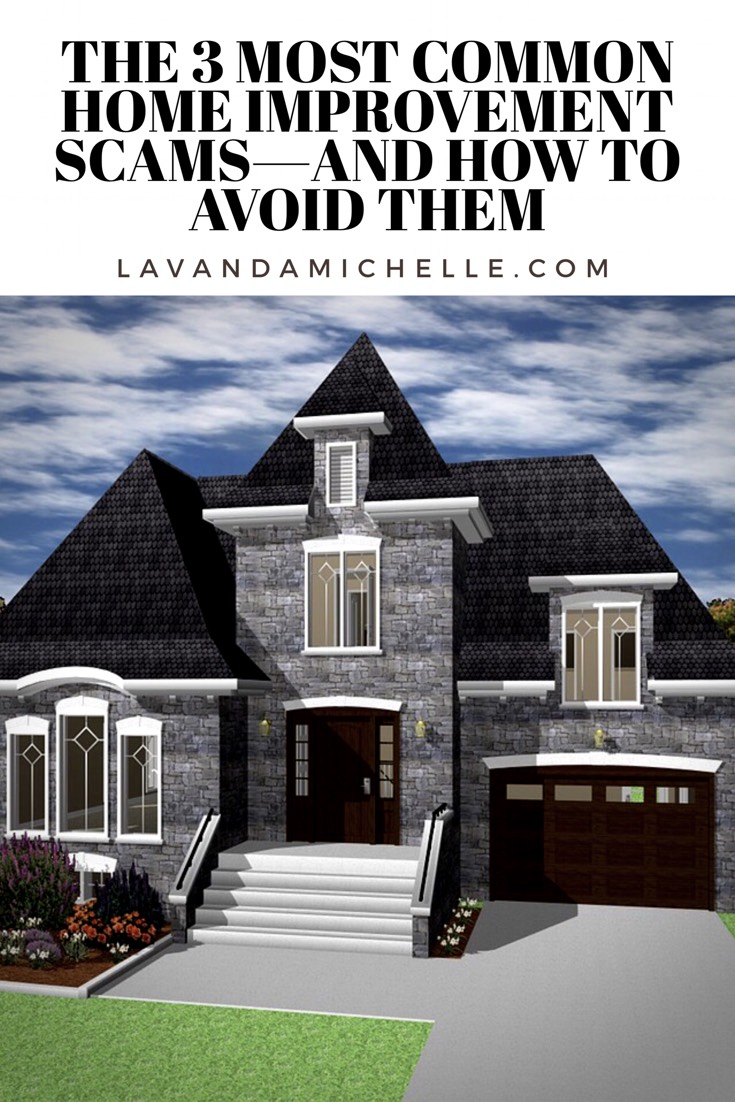